So day 2 of The Tannery has come and gone......Today was prep day, right onto peeling shallots that were the size of a small mans head, I don't know where the hell they grow these things, but they are enormous and will be roasted and served with split pigs head....speaking of pigs heads, the next job, I am handed a knife, a blowtorch and a case of pigs heads, to be torched and shaved clean for Saturday nights dinner. So cleaning pigs heads I did, 20 of em....not for the faint of heart.  The rest of the day I pretty muched worked with Paddy from Belfast.  We were making Oat Cakes and Walnut/ Date Bread..then Muffins and these really cool creme brulee' made in a canning jar filled halfway with compote of apples, plums and pears, topped with the mix and baked...(coming to a "Studio" near you). Paddy and I had some really interesting conversations about Belfast, from what I could understand anyway....So get this, I am trying to understand Paddy with his Belfast accent, I am trying to measure out recipes in grams and litres, I am cooking at temps in celsius and using timers on a 24 hour clock......can drive a guy a bit mad.....  Then it was an introduction to another cook.  "Hi, I am Brad, nice to meet you.  Hi Brad I am Gray Hem....Hi Gray Hem.  I sounded like a complete idiot as it came out of my mouth, he was obviously saying Graham.....I need to process quicker.  Graham is from South Africa and a hell of a cook, lots of fun to work with.  So at this point most of the prep is done and it's time to set up for dinner service.  Thats when I get the tap on the shoulder from Paul..."Lets go out for a pint!"  Never to turn down a pint, its off to the pub we go.  Now as everyone knows A pint is never A pint.....and this is when the night got really fucking weird and fun............
Posted by salt at 5:44 PM No comments:

So Friday night dinner service has ended (Just as Salt's dinner service is about to start kicking in) and this puts a close on day 3 at The Tannery.  I have to say, after 3 days of working here and working with Paul and these guys in the kitchen...I am really impressed with the professionalism and integrity they all have and how they have all really taken me in...Chef Paul Flynn is just a perfectionist, and has and is still turning Irish Modern Cuisine on its head....he is not re-inventing anything, he is just doing everything perfect, and he will work on flavors endlessly to get the result he is looking for.....really truly impressive.  Thats really all I have today, it was a long day, and its all leading up to tomorrow.  The restaurant will be closed to the public for a special "Snout to Tail" dinner by Chef Fergus Henderson from London...Hence the cleaning and roasting of pigs heads......and these are just a bunch of photos taken throughout the day here......and dinner?  Well dinner cosisted of two items off the starter menu....An Osso Bucco Ravioli and then a warm pork cheek salad with beets and goat cheese with a steaming Popover......now its just time to drag my bones home and get to sleep....tomorrow should prove to be a fun, yet long day..... 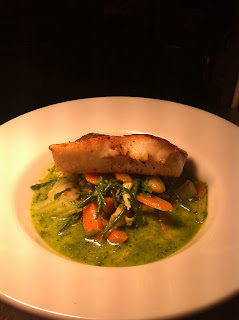 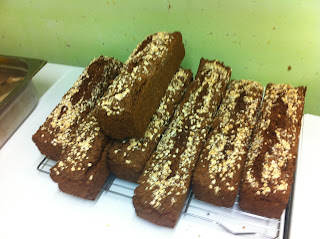 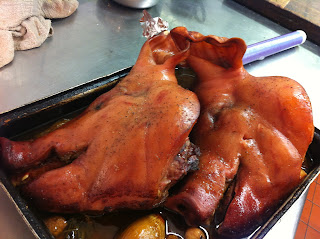 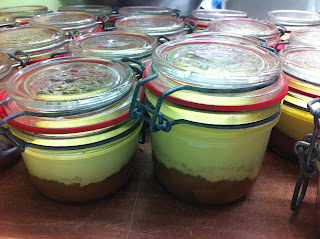 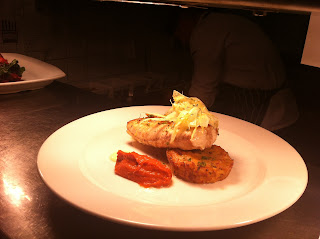 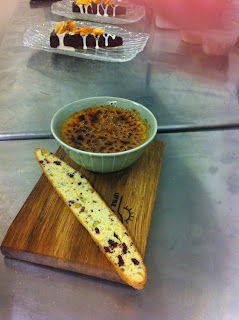 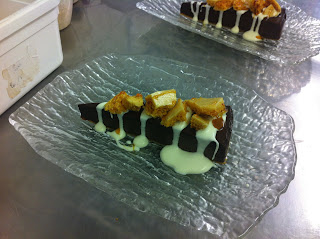 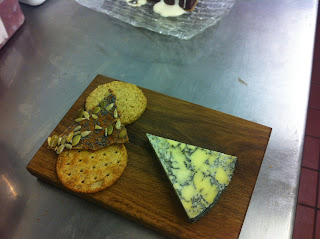 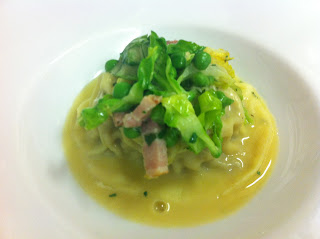 Ok.....so here we go, round two of the Ireland Journey 2013.....As I sit in my car typing because I don't have fucking internet at the cottage I am staying in, and it is a huge hassle!  When I went to the local internet/phone people, they never heard of AT&T or Verizon and when I asked about a hot spot I think they thought I just landed from Mars, we are so damn spoiled in the US.....anyway....  Today is the first day of a stint at The Tannery in Dungarvan, one of Ireland's finest restaurants.  I am working with a great kitchen staff......Paul Flynn, the chef and owner and a renowned Irish Chef. Stephen, his chef from Co. Clare.  Joe from Co. Donegal and Paddy from Belfast...a really funny bunch of guys.  I have to admit, as I drove up to the restaurant this morning at around ten, I was way out of my comfort zone.  Walking into an unfamiliar place, not knowing what I was to be doing, not knowing anyone from Adam, going into a renowned kitchen..... For me this is the ultimate in uncomfortable for me.  That being said, with knives slung over my back I opened the door and jumped right in.  We started with some handshakes, some "getting to know each other" and off we went.  Right into prepping and pickling fresh local veg that had just come in, next it was on to some scottish eggs, some chick pea polenta fritters...all the while watching, tasting, talking about everything that was going on.  It was really refreshing working alongside these guys, hearing different perspectives on things, seeing different techniques.....and trying to both understand their accents all the while calling things different names, measuring in different increments, cooking at different temps (celsius).....quite a trip.  After all the prep was done and the staff meal was eaten it was on to bigger things.  Paul grabs me and says lets go over the menu for the weekend.  There is a special guest chef coming in from England to do a "snout to tail" dinner on Saturday as part of the "Waterford Food Festival"...there will be reviewers, and press in, other chef's..a big to-do.  Well, one of the courses is Ox Heart Salad, so we are going to clean and slice 16 ox hearts, each about the size of a small adult head....and the first time I have actually had to prep an ox heart.....good fun.  So I have to keep this short since it seems as though I might be attracting some attention from the local police force, being that it is 10pm here, I am one of the only cars in the lot and I am sitting on my computer.....which can only mean one of two things.  I am planning to bomb something, or I am really into porn, neither of which the local police would be happy with I am sure.  So tomorrow will be a new day with new fun as we prep for the Food Festival.  The pics below are of what I was doing today, a pic of Paul and Stephen, some of their small garden out back and of their "cookery school" next door....  good night! 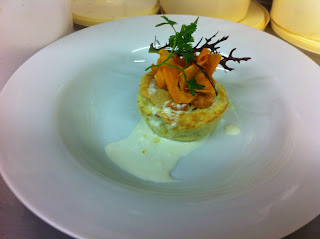 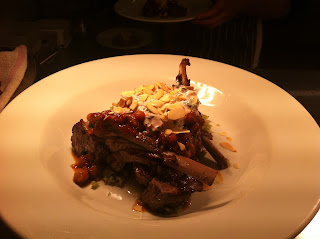 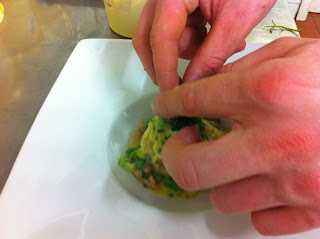 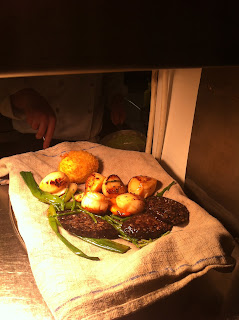 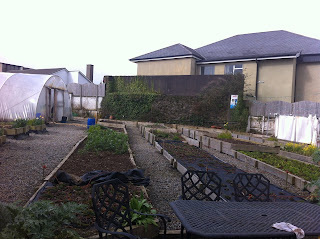 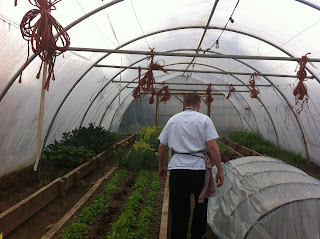 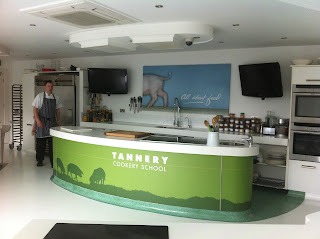