"My 9 TV" will be filming sunday August 10th at Salt for an upcoming feature. My 9 contacted us after paying us a visit about doing a story on "gastropubs" in the tri-state area. We're pretty excited to have them pay us a visit. So hopefully in our little way we can HELP just a little bit to put our great town of Byram on the map. (It would also help if we had our own post office, but that's another issue all to itself.) So if anyone wants to come in and check out what is going on or to try and help us get the word out and maybe get a shot a being a small part in Salt history on tv....come on in. We're told they will be in around 6 or so, so come on in, watch the U.S. Olympians on TV, have a cold beer or a glass of wine, have a great meal, and enjoy the hub-bub.....Hope to see you here!

DO YOU THINK YOU COULD CRAM 7 - 10 OF THESE THINGS DOWN YOUR THROAT IN 7 MINUTES?? ARE YOU MAN OR WOMAN ENOUGH TO?? Don't forget the first annual "Salty Dawg" hot dog eating contest is coming soon..Sat Aug 30th.... Take home a handsome trophy and brag to all of your friends for an entire year!

Sign ups are at Salt, so tell your friends and come on down! 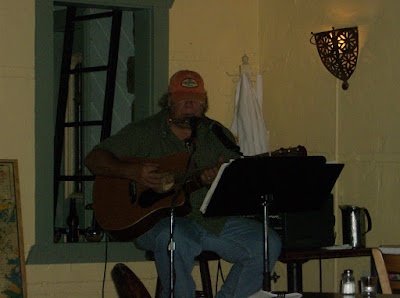 Come on down to the Salt Stage and check out "Briz". He'll be with us every Sat night @ 8:30pm. Briz is a captivating performer with a wonderful musical sense. many have compared him to another new jersey artist, and like bruce springsteen, briz is comfortable with both traditional rootsy folk music and contemporary new acoustic. Whether scathing political satire or sensitive ballads, his songs are always memorable. find out for yourself what the buzz is all about.

Come on in,bring a few friends, have a few beers off of our list of 60 some odd, sing along, and just have a great time!! 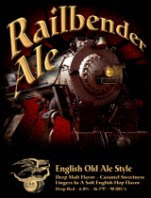 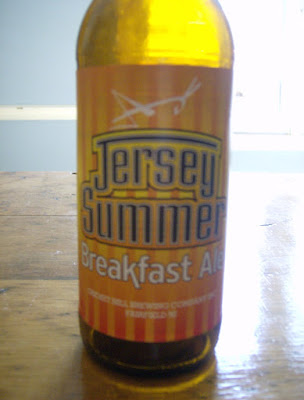 RAILBENDER ALE
Erie, Pennsylvania was an important railroad hub in the mid–nineteenth century, the city being the site where three sets of track gauges met. Railbender Ale, Erie Brewing Co.’s flagship ale, named after the laborers who laid the railroad tracks is brewed with pride, strength and purity symbolic of Erie’s historic railroad’s and railroad workers. Railbender, a strong Scottish style ale smooth malt flavor and astonishing drinkability will have you “Hopping on the train and riding off the rails.” All Aboard!
Posted by salt at 9:38 PM No comments: 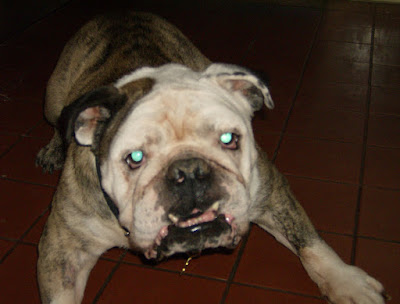 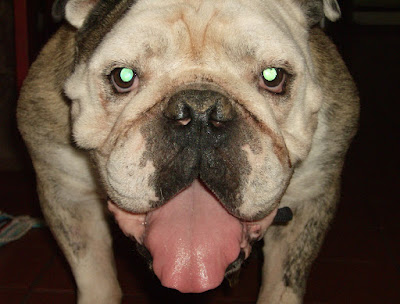 Say "HI" to Ralph.....Ralph is the newest addition to the "Salt Family". Ralph is a 8 year old pure bred English Bulldog, a "Bully" and was a rescue from the City of Poughkeepsie Animal Shelter. He quite spry for his 8 years and full of snot and charm. Ralph will be hanging at Salt most days keeping me and the staff company as well as making his rounds downstairs once in a while. Ralph likes to keep the exercise down to a bare minimum, so you may not see him "running" the property, but perhaps on one of his leisurely strolls.
Posted by salt at 2:59 PM No comments: