By DAVID CORCORAN
Published: December 5, 2008
FOR six years, Bradley Boyle and his band of merry renegades ran Bula, a bring-your-own restaurant in a dim, narrow storefront in downtown Newton. Its name was Tahitian for “life,” its menu was all over the map, and its vibe was delightfully, defiantly, unforgettably eccentric. It seemed to have no model other than its talented chef and owner’s imagination.

As good as Bula was, it can be hard for an upscale restaurant to make a go of it in a rural county seat with little nighttime foot traffic. Mr. Boyle says he longed for a liquor license and a better location.

So last year he sold Bula (it has since closed) and bought a Prohibition-era roadhouse 10 miles down Route 206, in Byram, not far from Interstate 80 and Waterloo Village. He and his team — including his wife, Laurie, and his longtime sous-chef, Tony Mandeville — gutted the place and fitted it out with the contents of a hundred attics and garages. Out front, they installed a sign with the new restaurant’s name — Salt — and hung a discarded bicycle from it. They opened for business last April.

That’s Salt as in salt of the earth, and the vibe here, in sharp contrast to Bula’s, is populist. Thirty of its 95 seats are around a handmade oak bar that serves 60 kinds of beer. Alongside the bric-a-brac adorning the walls are a couple of big flat-screen TVs tuned to games. On Fridays and Saturdays there is live music: one recent evening a gray ponytailed singer named Briz happily channeled Billy Joel and Elton John.

Again in contrast to Bula, Salt has an explicit model: the Spotted Pig, the wildly popular “gastropub” in Greenwich Village. The term is British, a mashup of gastronomy and public house, and the idea is that the food that goes with the drinks will be serious, custom-designed and cooked to order.

One would expect nothing less from Mr. Boyle, a 41-year-old graduate of the Culinary Institute of America who apprenticed with Daniel Boulud at Le Cirque before returning to his home turf in Sussex County to open Bula. He has turned the kitchen over to Mr. Mandeville, 26, and their menu is well designed and consistently executed.

What it lacks is the innovation and flair that seemed to flow from the electrical outlets at Bula. Salt’s dishes are fun, comforting and safe. A delicious special appetizer called swordfish cake — the fish blended with cracked mustard seeds and sour cream, crusted with horseradish and bread crumbs, pan-sautéed and served with a lively Asian slaw — is about as inventive as it gets.

Not that there is anything wrong with comforting. I loved Salt’s chicken paprikash, which Mr. Boyle calls an “à la minute” adaptation of his Hungarian grandmother’s all-day recipe — chunks of white meat marinated with onions and paprika, sautéed and then submerged in a thick orange bath of paprika-infused sour cream, with homemade dumplings.

We also enjoyed Salt’s less conventional take on hanger steak, the meat heavily marinated in garlic, then sliced into tender, bite-size morsels and draped over a little hill of jasmine rice; citrus-and-garlic-marinated shrimp, skewered and served with a vibrant mango salsa; and seared sea scallops with an autumnal garnish of bacon and chopped sweet potato.

Even on its own terms, though, the menu can disappoint. The Salt burger had way too much of the namesake ingredient, though the accompanying hand-cut fries were terrific; a seafood risotto appetizer was watery and bland. Fortunately the desserts were all first-rate, especially a creamy, chocolate-layered peanut-butter pie and an elemental, calorific apple-cranberry cobbler with a scoop of oatmeal stout ice cream.

I miss Bula, and to judge by the comments on food Web sites, so do many diners. Nothing can replace it, and Salt doesn’t really try. But it’s to Bradley Boyle’s credit that he has found a way to stay true to his local roots and make plenty of people happy. He deserves a long stay at his new address.

THE SPACE An endearingly ramshackle roadhouse, decorated with care and wit. Everything is on one level; one restroom is wheelchair-accessible.

THE CROWD Local families and couples.

THE STAFF Young and spirited, if sometimes rushed.

THE BAR Integral to the restaurant’s “gastropub” ethic. Sixty beers are offered, some of them quite exotic, along with a short but savvy list of inexpensive wines.

More Articles in New York Region » A version of this article appeared in print on December 7, 2008, on page NJ15 of the New York edition.
Posted by salt at 8:42 PM No comments:

This Weeks Special Beers are.... 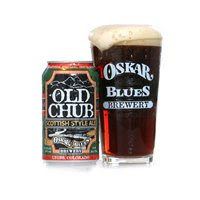 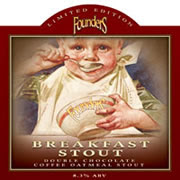 is a Scottish strong ale brewed with hearty amounts of seven different malts, including crystal and chocolate malts, and a smidge of US and UK hops. Old Chub also gets a dash of beechwood-smoked grains imported from Bamburg, Germany, home of the world's greatest smoked beers. Old Chub is 8% alcohol by volume.

While Dale's satisfies our hop addiction, Old Chub takes care of our deep affections for malt.

The cola-colored beer (almost black) features a tan head, a creamy, skim-milk mouthfeel, and rich, semi-sweet flavors of caramel and chocolate throughout. The addition of smoked grains gives Old Chub a delicate kiss of smoke on the finish.

Old Chub is the beer equivalent of a lightly smoked single malt scotch, or your favorite dark chocolate. We call it Rocky Mountain Mutha's Milk. People who tell us defiantly, "I don't drink dark beer," often fall deeply in love with Old Chub. We can't blame them.

Here are some of the mighty honors for Old Chub Scottish Style Ale:

You�ve got to love coffee to truly appreciate this phenomenal brew. Brewed with an abundance of flaked oats, bitter and sweetened imported chocolates, Sumatra and Kona coffee. Breakfast Stout has an intense fresh roasted coffee nose toped with a cinnamon colored frothy head that seems to never fade and makes you wish breakfast could last forever.

Ok, after a short hiatus I am back at it here. It's been a fun filled month since I have last posted anything....

We were reviewed by the NY Times
Rangers are off to one of the best starts they have seen in some time..(Potvin Sucks)
We have had a dozen or so special beers in the house
We did a benefit dinner to help out with the Mark Fischer scholarship fund
We were voted "Best Gastropub in NJ" and received 4 stars from David O'Conner
We were closed for Thanksgiving
We have celebrated a number of birthdays
Laurie got kidney stones
We were reviewed by THE NY Times
Ralph has made a number of appearances
Tony has introduced a few new menu items
We are now open "7" days
Britney has staged a comeback
We now have live music on Sundays in addition to Fri & Sat
Notre Dame has shown the entire country just how bad they SUCK....(Go Irish)
Bettie Page passed away
We now serve hummus and pita chips at the table in place of the ever popular pickles
We have a new addition to our staff...Lindsey, wave to her behind the bar
Erion changed his underwear (we think)
Justice was finally served upon OJ "The Juice" Simpson
Guns N Roses released the long awaited "Chinese Democracy" (17 years in the making)
We had Abita "purple haze" on draft
Gas prices have hit the "buck fifty" mark
Top chef season 5 has started

And those are just a few of the things!

This will hopefully now be a daily habit for me, so keep coming back and find out all the absurd goings on around here at "chez salt"!
Posted by salt at 7:17 PM No comments: