WHO THE HELL IS AFRAID OF A LITTLE SNOW!!! 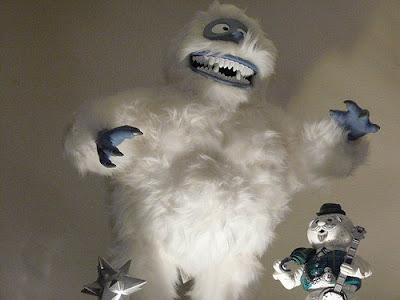 Not us...because as EVERYONE knows.....what does everyone need when the snow falls "SALT" right? So don't let a little snow scare you away. The music is still on, the temp is just right, the beers are flowing, Tony is in the back with his crew banging out great food and Salt IS OPEN!! It's Friday night for cryin' out loud, and we'll be here all night, come join us......


All of the previous seasons of Top Chef have aired in the spring, so this is the first season in which they've had to put on holiday specials. Well, last year there was a Top Chef holiday special, too, but it was a one-off episode in which contestants from all four seasons went head-to-head for a $20,000 prize. The reason I bring this up is that last night's episode, like the Thanksgiving episode a few weeks ago, was particularly hilarious when you remember that it taped in, like, June. Merry Christmas! Let's hit the beach! Near the end of the episode, when all the chefs are in the stew room getting progressively drunker while the judges deliberate, they start shouting "Merry Christmas," and "I love Christmas!" at each other with irony-laden voices fueled by alcohol and giddy anxiety. Ridiculous.

All of the chefs are nervous after Danny's elimination last week, because if Tom and Padma can send home the most charismatic movie star in the house, then no one is safe. Eugene feels like he needs to really show the judges what he's capable of, because this is important to him, because he didn't go to culinary school. Wait, what? I mean, I can understand a sense of pride in making it onto the show and making it this far in the competition without formal training, but surely it means something to all the contestants. This is not more important to Eugene because he didn't go to culinary school. He needs to go to take a chill pill school and then maybe take some remedial courses in Whoops, That's Your Tattoo. Fabio and Stefan are palling around and talking about hitting each other with "shit sticks" or something. I don't know.

The guest judge for the quickfire challenge this week is, of course, Martha Stewart. Everyone has to make a family-style holiday dish in 45 minutes using only one pot. Most people make stew, although Fabio makes polenta with seared duck breast because of how he was evil when he was six? Europetown. And Hosea makes paella. Actually, a lot of people don't make stew. Never mind. Martha tells some riddle about how she thinks people should keep it simple, but not keep it too simple. Sure. But then the winner is Ariane, who made cauliflower puree and beef. What? Just the perfect amount of simple? Ariane's dishes are so boring it's like eating paint dry. Don't get it twisted, I'm sure Ariane's meat is something you want to put in your mouth all the time (?) but her food has consistently lacked in imagination. Martha Stewart awards Ariane with an autographed copy of her new book. Holy shit, did you say autographed? How thoughtful. Also she hated Fabio's polenta.


For the elimination challenge, each chef will prepare a dish to be served at the amfAR (the American Foundation for AIDS Research) Christmas Party (in June). In what has to be one of the weirdest moments on any season of Top Chef, Padma brings in the Harlem Gospel Choir to sing-inform the chefs of their individual themes based on the classic 12 Days of Christmas carol.

Some of the chefs have it easier with themes like "Three French Hens," and others have it a little more difficult with themes like "10 Lords a Leaping." And then there's Ariane, who makes deviled eggs. Huh? She should make herself a taxi and take it home. Everyone has three hours to prepare the night before, and then one hour on location. But OH NO, during the night, one of the refrigerators breaks down and both Hosea and Radhika's proteins are ruined. Right. The refrigerator breaks down on the carefully maintained television-ready kitchen studio. Sure. So everyone stops what they're doing to help Hosea and Radhika recreate their dishes. Radhika happened to have a ton of duck left! Hosea was lucky enough to find enough pork tenderloin to feed 250 people just lying around in one of the working refrigerators! It's a Christmas Miracle! How convenient!

At the fundraising Christmas party (in July) for amfAR, Tom and Padma are joined by two guest judges actress, Natasha Richardson, star of such films as Blow Dry, and The White Countess, and celebrity chef Michelle Bernstein. But the chefs will also be judged by the party guests, who will vote for their favorite dishes by PINNING AIDS RIBBONS TO THEM. What. The. FUUUUUUUUUCK? That is the weirdest, saddest thing ever. Hosea has so many AIDS ribbons! But Jeff also has a lot of AIDS ribbons. You know what they say, every AIDS ribbon counts. Oh wait, they don't say that, because that would be awful.

The judges hate almost every dish except for Stefan's pot pie, and Jeff's grilled halumi salad. Oh, and they also love Radhika's and Hosea's dishes, you know, the ones that everyone helped make. It's like the old saying, "when life gives you a broken refrigerator, have 12 chefs help you win the challenge." Hosea takes the top prize, which is, wait for it, a copy of guest judge Michelle Bernstein's book. And because it's the holidays (it was not the holidays), she has a copy for all the chefs. Oh, how thoughtful.

The bottom three include Jamie, who refuses to cook anything other than scallops, Melissa, who is kind of just bad at this, and Eugene, who insists on making every dish look like a plate that Heathcliffe pulled out of the garbage.

But the judges were unhappy with most of the chefs. So Tom goes back into the stew room and tells them all to STEP YO GAME UP. Leah has already stepped her getting drunk up.

In the spirit of Christmas (in July), Tom decides to relay the producers' decision that no one is getting eliminated this week. Which probably means two people get eliminated next week. I've seen this shell game before. Don't mess with me, Top Chef. Not on Christmas.
Posted by salt at 11:46 PM 1 comment:

Did anyone watch Top Chef this week?
Posted by salt at 11:27 PM 1 comment:

Stay tuned for Salt's opinion of Top Chef and its winners and losers...coming later this evening!
Posted by salt at 7:18 PM No comments: 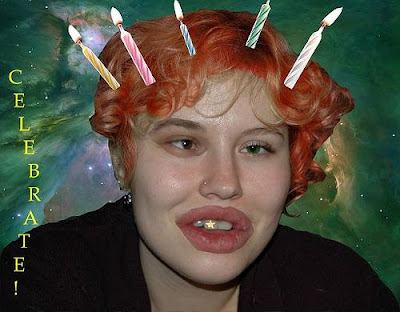 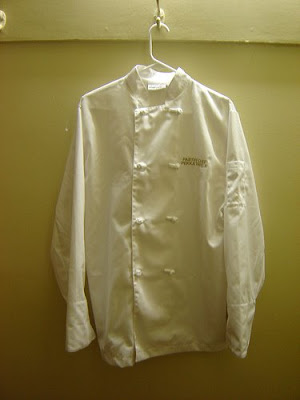 Tonight was our inaugural Monday night at Salt, and my first night back behind the stoves in a while. Gotta say, I loved being back in my comfort zone, and looking forward to my Monday nights. Tony and I have lots of fun stuff planned for the new year. Tony is right now working on a menu for a Belgian Beer Dinner planned for January, which should be lots of fun. I am also putting together our new "Meet Your Maker" nights for Jan, Feb, and March....Stay tuned for all kinds of fun stuff coming in 09'. 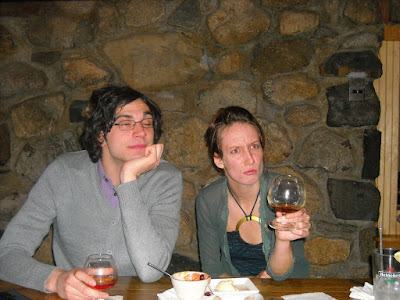 We were privileged to be host to Jill Livick and her beau "Mo" passing through our neck of the woods through the holiday's! Jill and Mo were fans of ours from the Bula days and have now moved with us to Salt! Thanks for the support guys!